From Oakland to Los Angeles, then back to Oakland, and now a new home in Sin City, the Raiders still have the most loyal fanbase. Turn your man cave into your own Black Hole with these 11 must-have memorabilia items for your Las Vegas Raiders man cave. 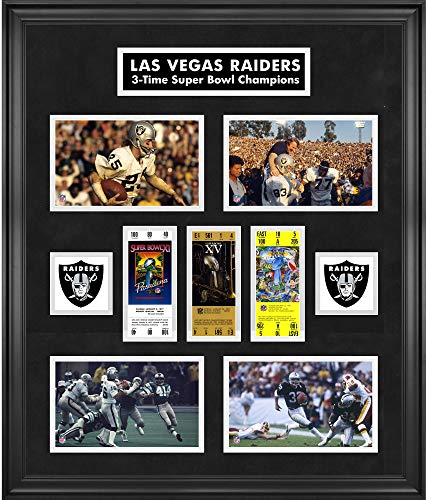 Celebrate all of the Super Bowl Championships the Raiders won with this college. Featuring photos from the big games, ticket replicas, and the team logo. It is framed in black wood and measures 18” x 24”. The Raiders have been in five Super Bowls and took home the Lombardi in Super Bowl XI, Super Bowl XV, and Super Bowl XVIII. 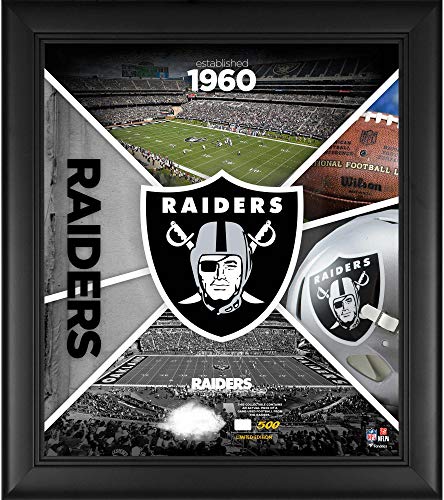 Get your hands on this limited-edition team college. With only 500 made, this collectible item features images for the Raiders field, logo, and a piece of football used in a real game. The collage comes in a sleek frame and measures 15” x 17”. 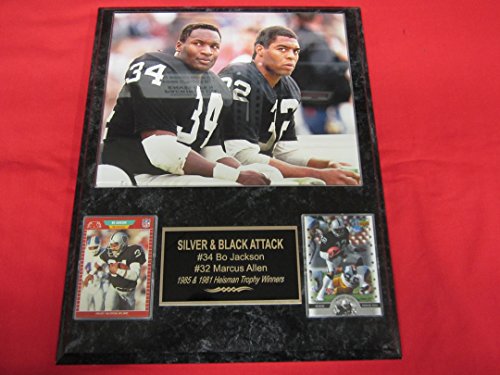 Honor two of the best to ever wear silver and black with this plaque featuring running back Bo Jackson and running back Marcus Allen. Not only does the plaque come with a vintage photo of Jackson and Allen sitting on the sideline, but it also comes with two trading cards of the record-breaking legends. Jackson played for the raiders from 1987 to 1990 and Allen played for the team from 1982 to 1992, earning a Super Bowl ring and a Super Bowl MVP. 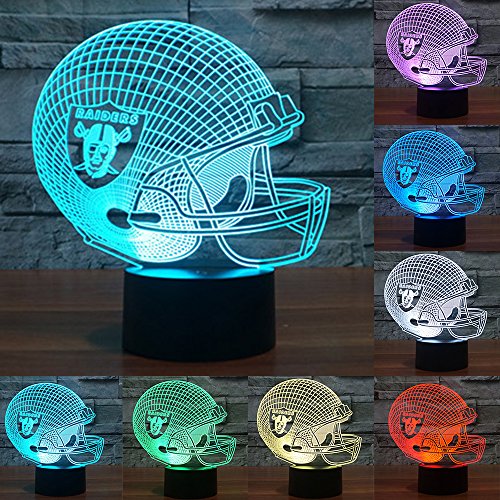 This bright and colorful LED night light features a 3D Raider’s helmet and the team’s logo. Popping with color and controlled by a touch sensor, it will bring light and excitement to your Raiders man cave. 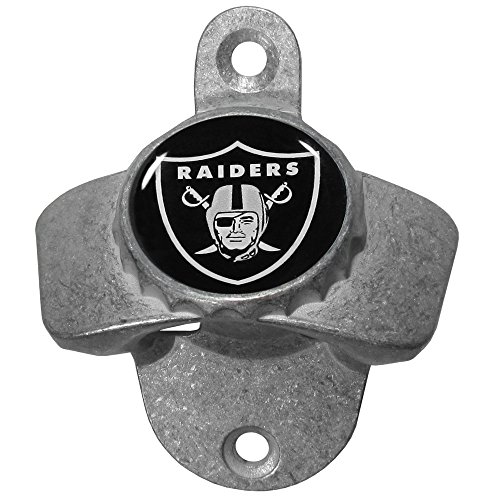 Every man cave bar needs a bottle opener and what better one than a mounted bottle opener. The metal opener measures 10” x 3” x 3” and is small enough to mount anywhere! Featuring the team’s logo on top, you will be able to prove your love for the silver and black. 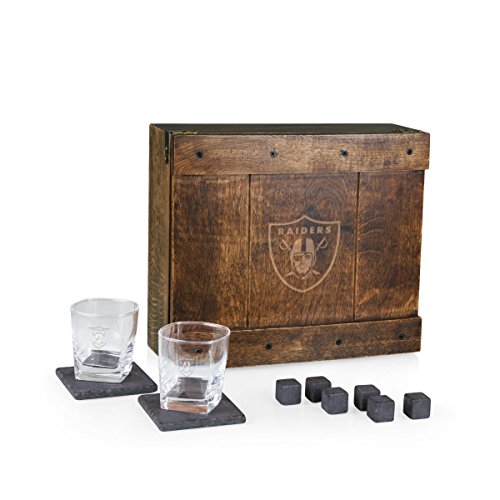 This Raiders whiskey gift set is made of solid oak construction with a rustic dark stain. Featuring the Raiders logo engraved on top of the box, which holds a bottle of whiskey (not included), two 8-ounce on the rocks glass, two coasters, and six freezer stones. It is the perfect gift set for any whiskey and Raiders lover. 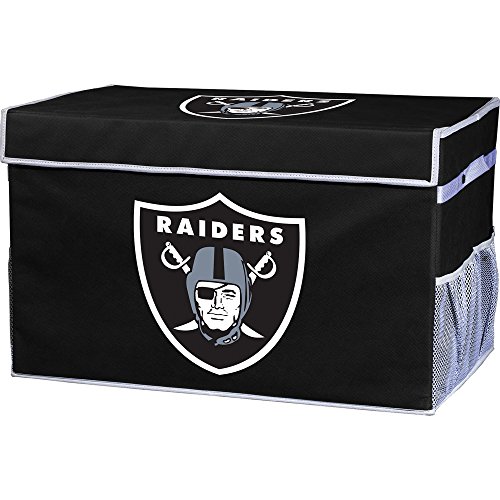 Need some storage for your man cave? These Raiders storage bins are easy to fold-up and can store magazines, blankets, and more. Coming in two different sizes, 26” x 16” x 16” and 22” x 14” x 14”, they are the perfect bins for any size man cave. 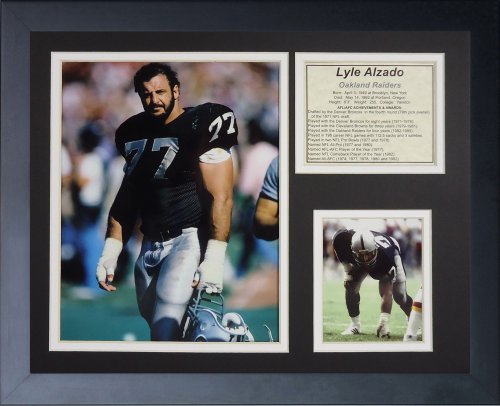 Commemorate the Raiders defensive end, Lyla Alzado, with this photo collage. Measuring 11” x 14”, the collage features a couple of different size photos along with a bio. Alzado played for the Raiders from 1982 to 1985 and won a Super Bowl ring with the team. 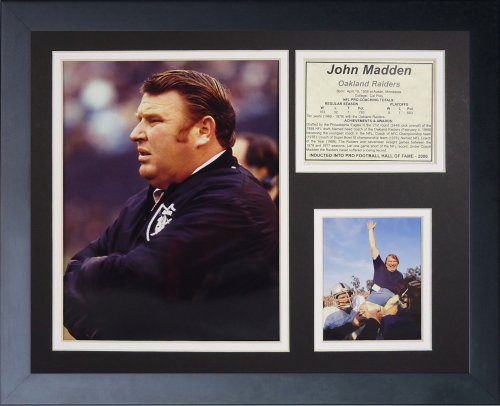 Every Raiders fan needs a John Madden collage. Measuring 11” x 14”, this collage features two photos of the legendary coach and a bio. Madden was the head coach of the Raiders from 1969 to 1978, leading them to a championship win in Super Bowl XI. 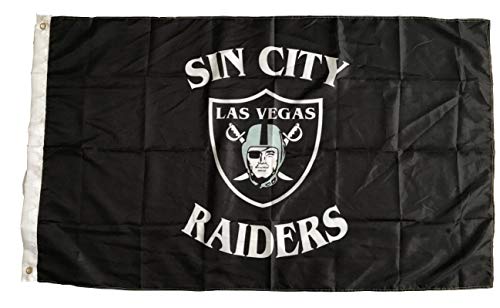 The Raiders made Las Vegas their new home in 2020. Celebrate the new Las Vegas Raiders by hanging up this 3” x 5” flag, representing Sin City and the Raiiiiiiders. 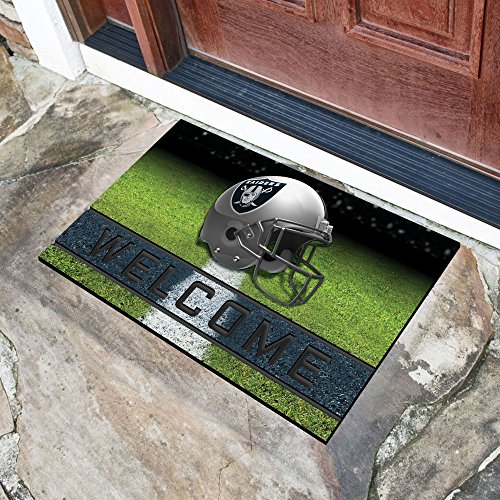 This heavy-duty doormat features the football field in the background with the Raiders logo and their colors, silver and black. Measuring 19” x 30”, the rubber doormat is a great way to display your team spirit and mark your territory.

From cool LED lights for your  to collectible plaques featuring some of the best to wear black and silver, these products are sure to make great additions to any Las Vegas Raiders man cave or as gifts for Raiders fans.