With four Super Bowl champions under their belt and 11 NFL Championships, the Green Bay Packers team is one of the most successful football franchises in history. If you are a fan, we find the ten items you must-have for your Green Bay Packers man cave. Go Pack Go! 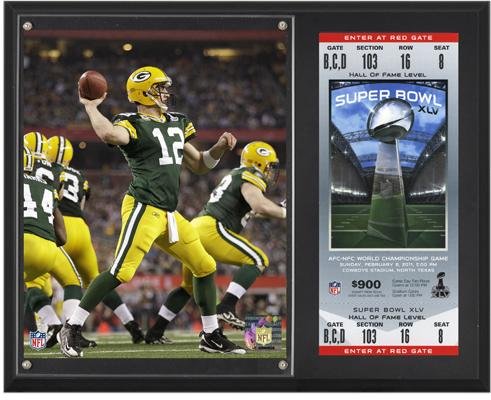 Celebrate the Green Bay Packers’ Super Bowl XLV championship with this collage. The collectible features the Super Bowl’s MVP, Aaron Rodgers, alongside a replica ticket from the game. Measuring 12″ x 15″ x 1″, the collage honors the team’s win against the Pittsburgh Steelers and the game’s MVP. 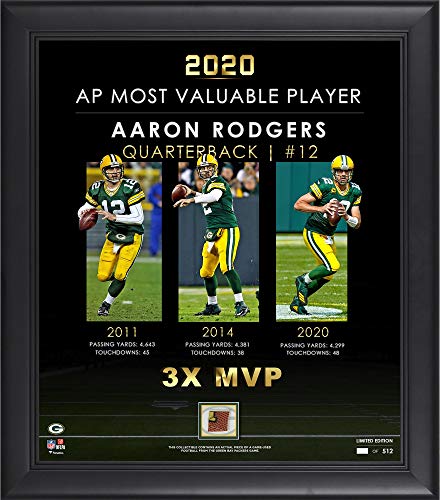 Another way to celebrate the team’s quarterback, Aaron Rodgers, is with this 2020 MVP collage, measuring 15” x 17” x 1”. The framed collectible features images of the 3-time NFL MVP along with the team logo and piece of a game-used football. Rodgers was the Green Bay Packers’ first-round pick in 2005 and since then, has earned a Super Bowl championship, Super Bowl MVP, and three NFL MVP awards. 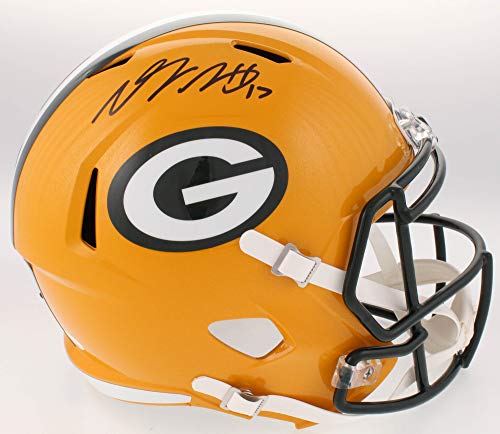 Honor the Green Back Packers wide receiver with this autographed full-size helmet. Davante Adams was the team’s second-round pick in 2014 and was named the NFL receiving touchdowns leader in 2020. A certificate of authenticity is provided by JSA. Learn how to display football helmets in your man cave. 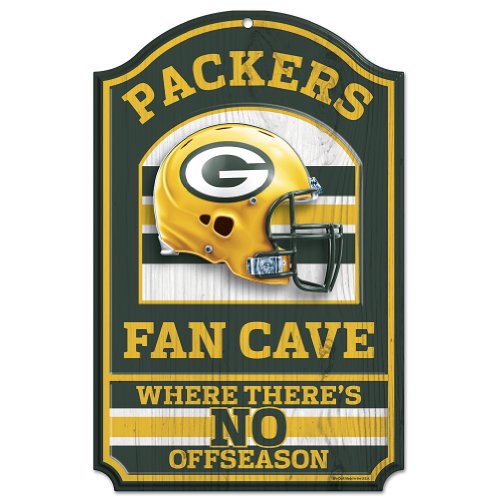 There is no offseason when you are a Packers fan. Show your love for the team with this cool wooden sign. Measuring 11” x 1”, the hardboard wood sign features high-quality graphics and can easily be hung in any man cave. 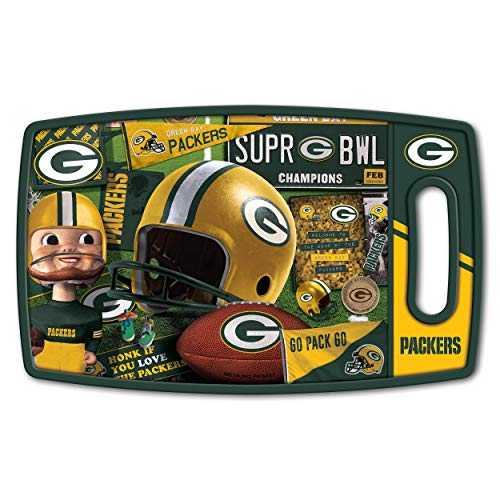 If you can cook in your man cave, this retro cutting board is a must-have. Featuring fun images, slogans, and logos of the Green Bay Packers, the cutting board measures 14.5” x 9.5”. The coolest thing? The cutting board contains the artwork on BOTH sides. 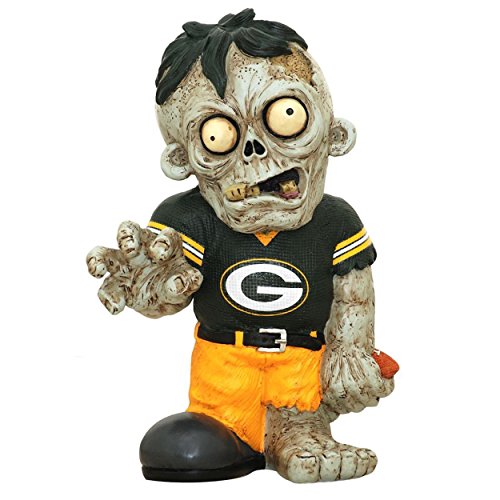 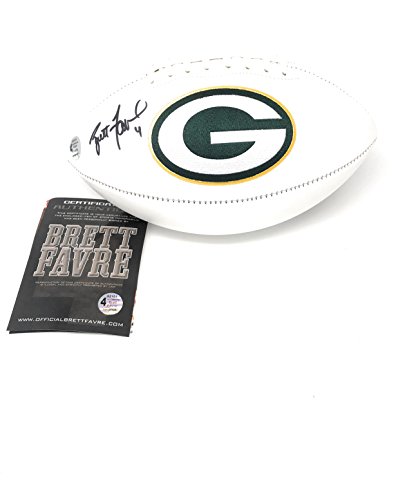 Of course, your Green Bay Packers man cave needs to feature all-time great Brett Favre. This signed football also comes with a matching player’s card featuring the quarterback. Favre was drafted to the Atlanta Falcons, but was traded to the Green Bay Packers one year later and played for the team from 1992 to 2007. Favre earned a Super Bowl ring, was named NFL MVP three different times, and also was named NFL Offensive Player of the Year.

A certificate of authenticity is provided by Athlete Hologram. Learn how to display a football in your man cave. 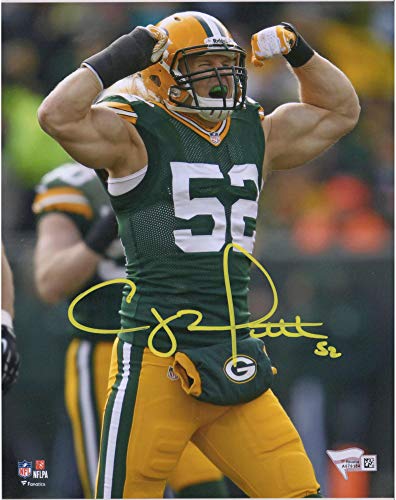 This photo features Clay Matthews flexing along with his autograph. Measuring 8” x 12”, the photo is not framed. Matthews was the team’s first-round pick in 2009 and played with the Packers until 2018, earning himself a Super Bowl ring along the way. A certificate of authenticity is provided by Fanatics Authentic. 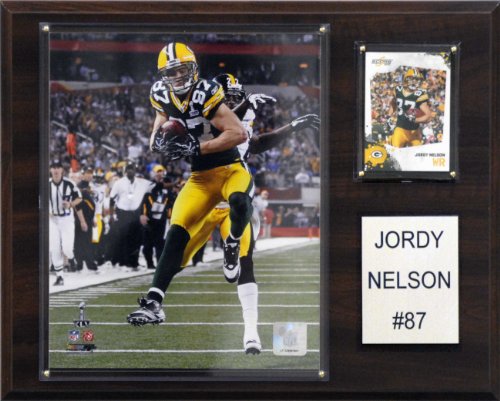 Celebrate former Green Bay Packers wide receiver, Jordy Nelson, with this plaque. Measuring 12” x 15”, the plaque is on cherry wood and features a photo, trading card, and nameplate of Nelson. The wide receiver was the team’s second-round pick in 2008 and played with them until 2017. He won a Super Bowl championship and was named NFL Comeback Player of the Year in 2016. 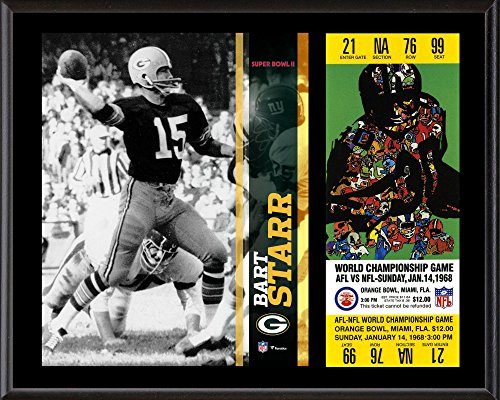 This unique collectible features former Green Bay Packers quarterback, Bart Starr, and a replica ticket from Super Bowl II, where the Packers defeated the Raiders 33-14. Measuring 12” x 15”, the plaque celebrates the team’s second Super Bowl championship. Starr was the 200th draft pick in 1956 and played with the Packers until 1971. He then went on to coach the team from 1975 to 1983. While playing quarterback for Green Bay, Starr won five NFL Championships (pre-merger), two Super Bowls, and two Super Bowl MVPs. He is also part of the Packers Hall of Fame and his number, 15, is retired by the team.

There is a lot of love and history surrounding the green and gold. From celebrating some of the best players to ever suit up for the Packers to reliving their Super Bowl championships, there are plenty of items for your Green Bay Packers man cave.