Do you have a man cave dedicated to Da Bears? As one of the oldest teams in the NFL, there is a lot of history behind the team. So, we found the 12 items that every fan needs to decorate their Chicago Bears man cave. 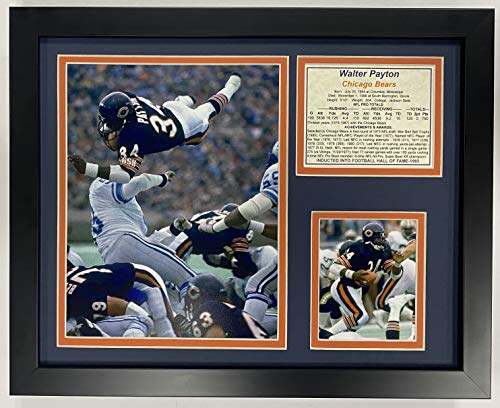 This framed collage measures 12”x 15” and features photos and a bio of one of the greatest football players to ever step on the football field, Walter Payton. The legendary running back was the Bears’ fourth overall pick in the 1975 draft. Payton played with the team until 1987, earning himself a Super Bowl ring, Super Bowl MVP, Offensive Player of the Year, and Man of the Year. The Bears later went on to retire his number, #34. 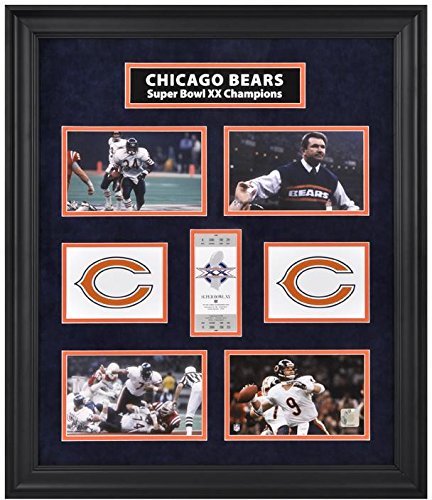 With only 1,000 of these plaques made, this limited-edition item commemorates the Bears Super Bowl XX championship. Measuring 18” x 24” and framed in black wood, the plaques features photos from the game and a replica ticket. 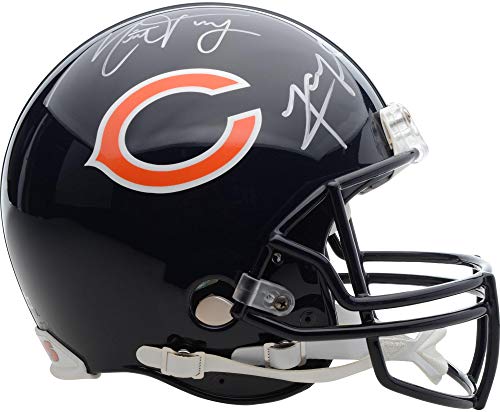 What is better than an autographed helmet? A helmet that is autographed by TWO players. Signed by Khalil Mack and Mitch Trubisky, you can get two for the price of one with this authentic Bears helmet. Mack is a current linebacker with the team after joining the team in 2018. Trubisky was the Bears’ second overall pick in the 2017 draft and is currently their quarterback.

A certificate of authenticity is provided by Fanatics Authentic. Put your helmet on display and make it the centerpiece of your Bears man cave. 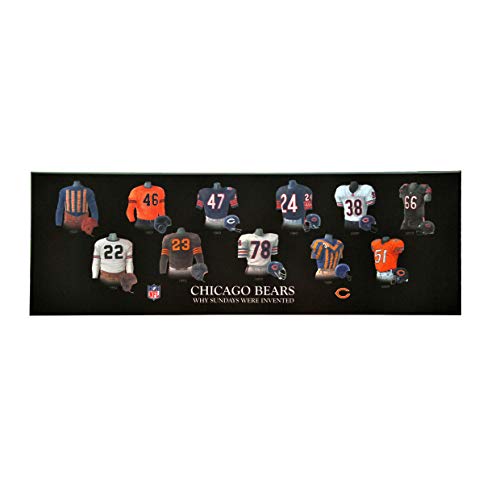 Show your love for the Chicago Bears with this awesome collage that shows the evolution of the Bears uniform through the years. Measuring 8” x 24” and featuring 11 different jerseys, it is a really cool way to take a stroll down memory lane. 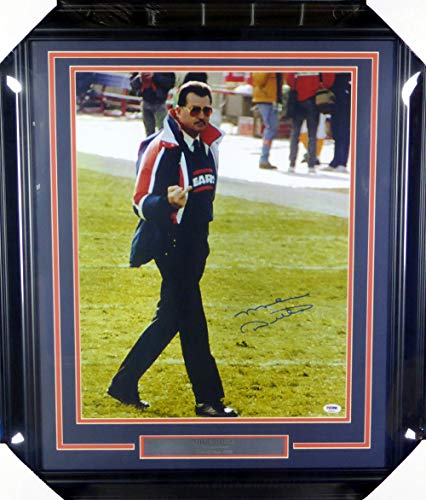 Every Bears man cave needs to feature one of the greatest players AND coaches in the history of the team. This framed photo of Mike Ditka giving the finger is signed by the legend himself. Measuring 16” x 20”, the photo also comes with a nameplate. Ditka played for the Bears from 1961 to 1966 and went on to coach the team from 1982 to 1992, where he earned a Super Bowl championship and NFL Coach of the Year, twice. A certificate of authenticity is  provided by PSA/DNA. 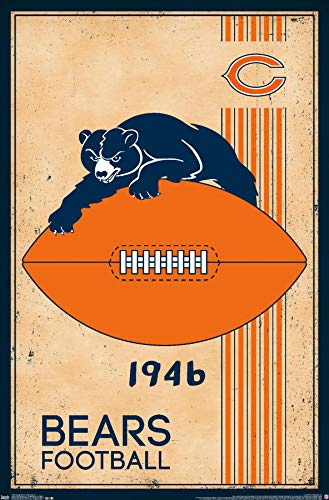 This retro-style poster is a unique way to display your love for the Bears. Measuring 22.375″ x 34”, the artwork features a cool throwback logo of the Chicago Bears. 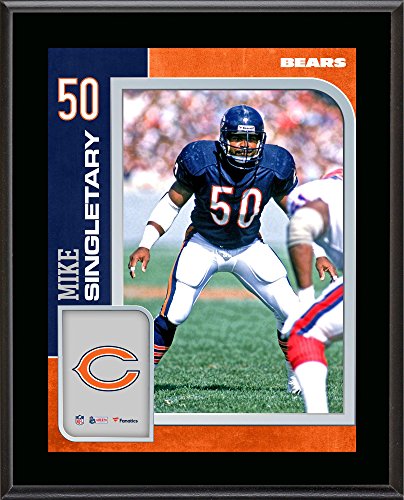 Celebrate the former linebacker with this framed collage. Measuring 10.5” x 13”, the collage features an image of Mike Singletary. Singletary was the Bears second-round pick in 1981 and played with the team until 1992. He earned a Super Bowl ring, was named NFL Defensive Player of the Year twice, and NFC Player of the Year three times.

Soldier Field is the beloved home of the Chicago Bears and this panoramic photo shows the view from the 50-yard line. Measuring 42” x 15.5”, the photo is framed and features the team’s primary colors. 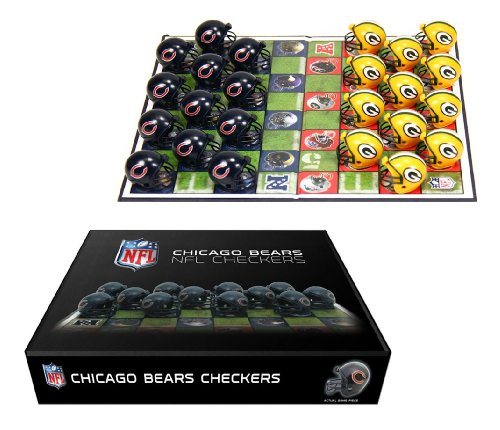 Face off against the Bears’ rival off the field too! This checker set comes with molded team helmets of the Chicago Bears and is set against their division rival, the Green Bay Packers. It is the perfect game for any Bears man cave. 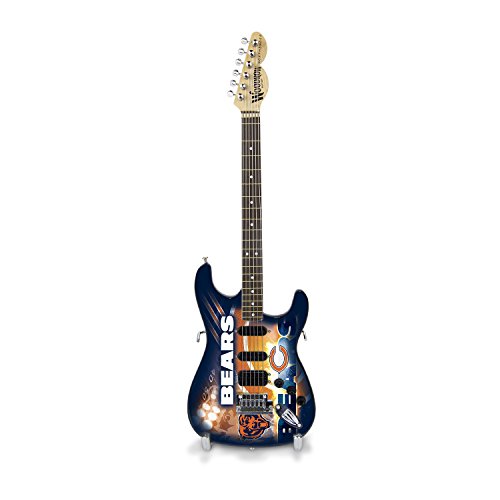 This exact replica of a full-size guitar is decked out in Chicago Bears colors and logos. Measuring 10”, the guitar also comes with a display case and metal stand along with aluminum strings. 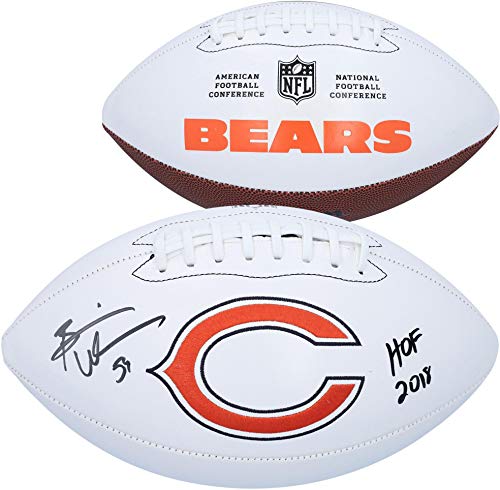 The Chicago Bears football is autographed by Brian Urlacher featuring “HOF 18”. The linebacker was the team’s ninth overall pick in 2000 and played with the team until 2012. He was named NFL Defensive Player of the Year in 2000 and 2005 and was inducted into the Pro Football Hall of Fame in 2018. A certificate of authenticity is provided by Fanatics Authentic. Display this football proudly! 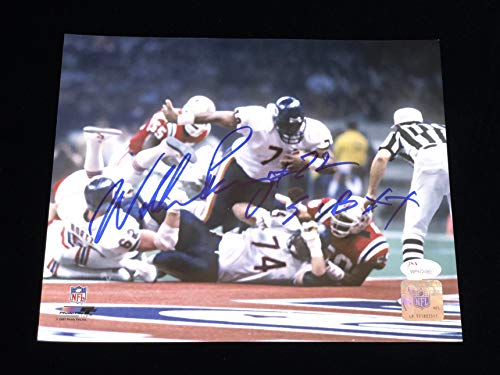 William Perry is featured in this autographed photo from Super Bowl XX that measures 8” x 10”. Known as “The Fridge”, the defensive tackle was the team’s first-round pick in 1985 and went on to play with the Bears until 1993, winning a Super Bowl championship. A certificate of authenticity is provided by JSA.

From honoring a legendary coach to celebrating the greats who have suited up for the Bears, there is something for every Chicago Bears man cave!