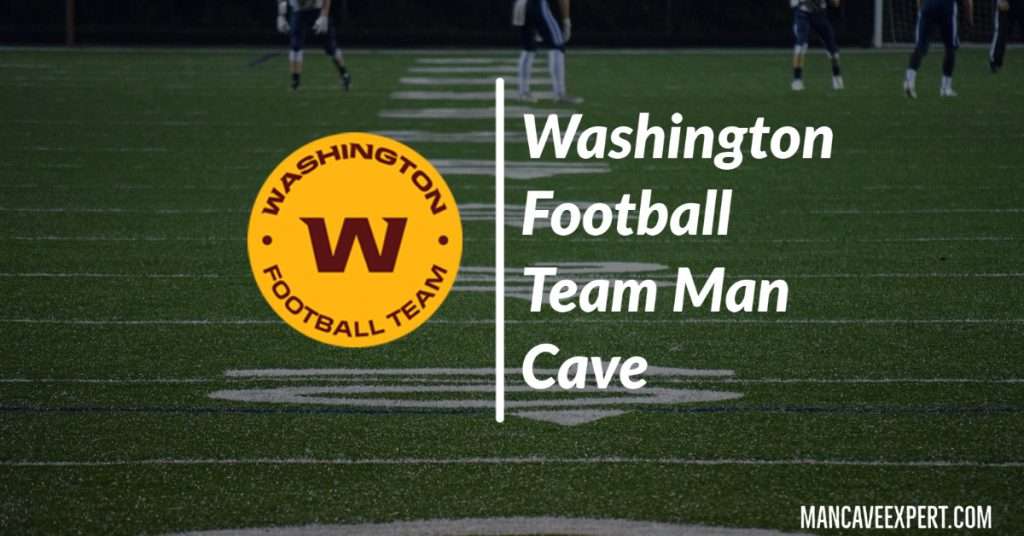 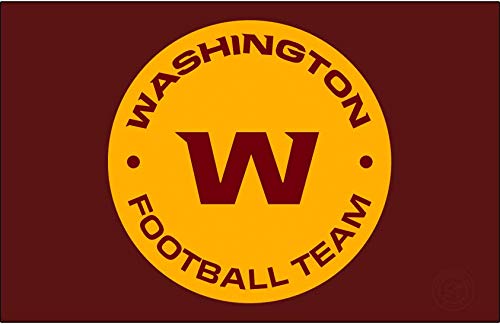 This is a very simple flag with just the new logo, but it is the perfect way to represent the new team name. You can still sprinkle in Redskins stuff in your man cave, but you also need to commemorate the current name, even if it does change again. This 3’ x 5’ flag is easy to hang on any wall! 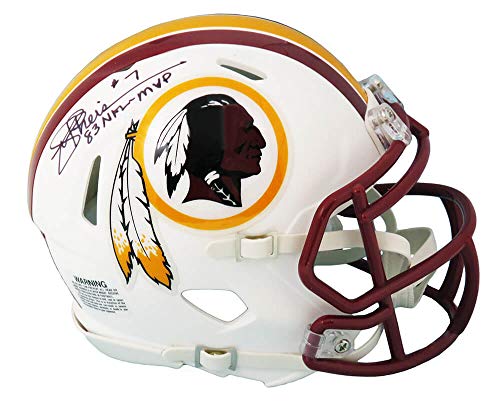 Joe Theismann was Washington’s quarterback from 1974 to 1985 and led the team to a Super Bowl championship. Also, being named NFL MVP, this autographed Theismann white matte mini helmet honors his 1983 award. 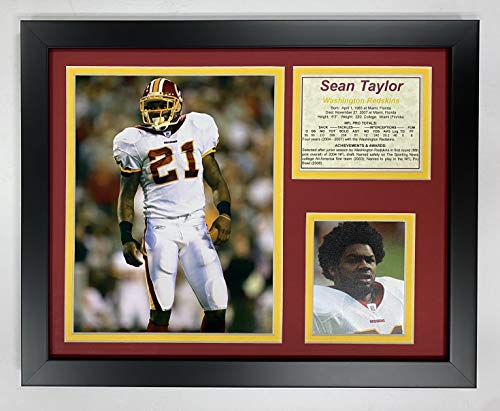 This framed collage honors Washington safety, Sean Taylor. Playing for the Redskins from 2004 until his tragic murder in the middle of the 2007 season, this is the perfect way to remember him. The 5th overall pick in the 2004 draft is represented in this framed collage with two photos and a mini-bio, measuring 11” x 14”. 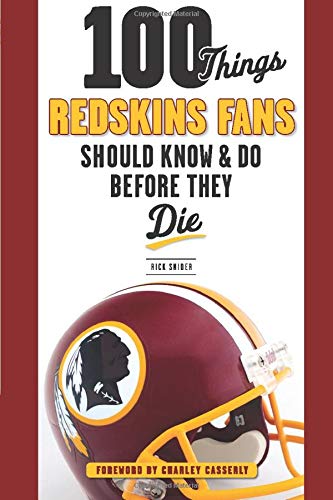 Every man cave needs a little bit of reading material and what better book to have in your Washington Football Team man cave than a book all about the team. This paperback book, 100 Things Redskins Fans Should Know & Do Before They Die, is a resource for all major fans and takes you on the team’s journey, including three Super Bowl championships. 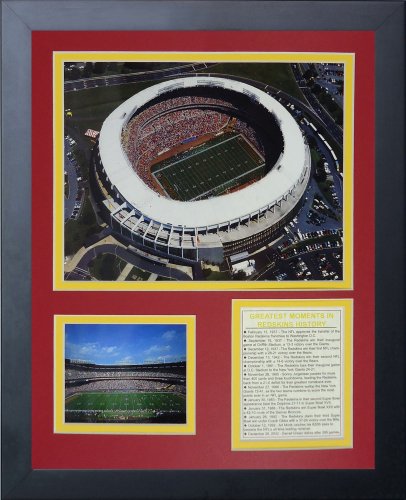 This 11” x 14” plaque includes two photos of RFK Stadium in Washington D.C., the former home of the team. Along with the photos, the collage includes the greatest moments in team history from 1937 to 2002. 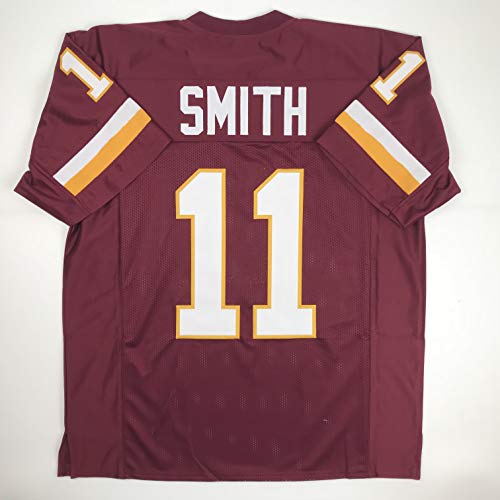 Represent the Washington Football Team’s current quarterback with this custom-made Alex Smith jersey. The stitched jersey comes in size XL and can be worn or even framed. Smith has been on the team since 2018 but recently returned this season after suffering what many thought would be a career-ending injury. Instead, Smith had a remarkable season, leading the team to the playoffs and winning Comeback Player of the Year. If you want to hang it up, but don’t want to damage your walls, learn how to hang a jersey on the wall without nails. 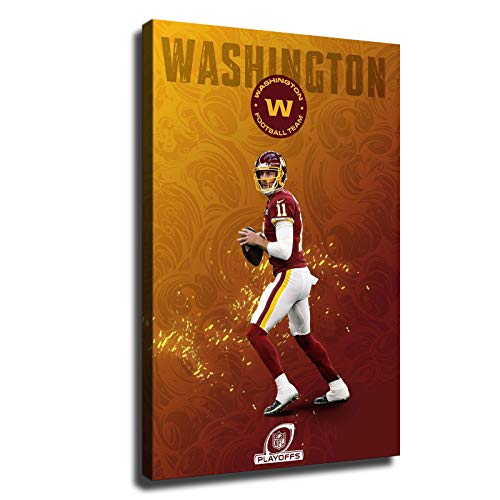 Another way to show your love for Alex Smith is with this playoff poster. This 12” x 18” poster is unframed and printed on a high-quality canvas that is durable and waterproof. Celebrate the team’s return to the playoffs with this vivid poster featuring Smith in action. 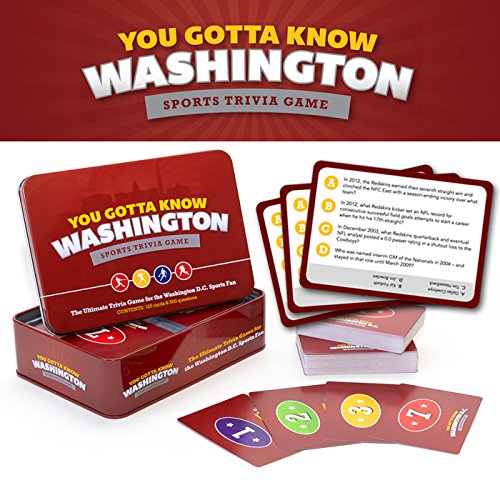 This Washington DC sports trivia game features 150 trivia cards with 500 Questions about Washington sports. Not exclusively a football trivia game, there are also questions about the Wizards, Nationals, and local college teams. Each question is a assigned a point value based on difficulty, making it east to play the “race to 21” games. Or you could just sit around your man ca e and try to answer the questions with your friends.

From honoring legendary quarterback Joe Theismann to the team’s new one, Alex Smith, there is something for every Washington fan!