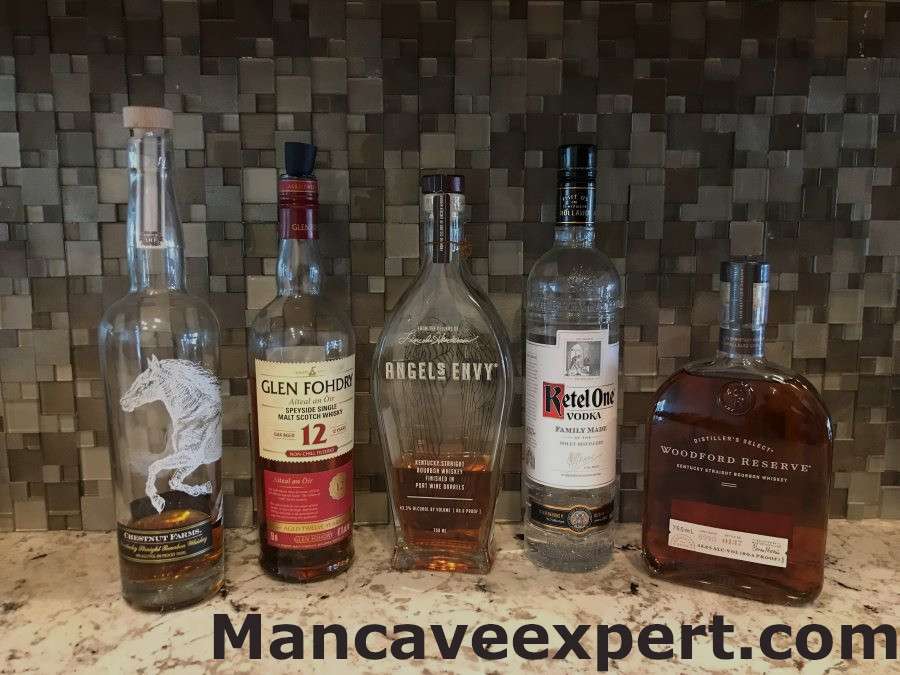 How Many Shots Are In A Fifth?

I can’t count how many times I have needed to know how many shots are in a fifth! So here at Man Cave Expert, we decided to break this down for everyone so they can plan for parties the right way.

We at Man Cave Expert apologize for the amount of math in this post!

But let’s get right to it.

So from our outstanding math skills, you can get 16 full shots of liquor out of a fifth. What you do with that 0.9 shot is up to you and we won’t ask any questions.

How Many Shots In A Drink

One typical drink that you order from the bar is going to have one shot in it or 1.5 oz of liquor.

If you order a double then that is going to be 3 oz of liquor.

So this is where the estimating for a party becomes difficult. Are people going to be doing 1 shot or 2 shots? Because from our wisdom above we will get 16 drinks if everyone only needs one shot in their drinks but if they do doubles then that bottle gets cut in half.

But of course, we hope that means people will not drink as less but for some of the parties we have attended that is not necessarily the case.

Why Is It Called A Fifth Of Alcohol

A fifth of alcohol got its name because it is one-fifth the size of a gallon.

Now, since we have been doing so much math on this article we have to tell you that that reasoning is approximate.

One-fifth of a gallon would actually equal 0.2 gallons. 750 milliliters is actually 0.19813 gallons but when you are drinking we call that close enough!

So, after nerding out let’s keep calling it a fifth because that is nice and easy and way better than 750 milliliters, one-fifth of a gallon, and 0.19813 gallons.

How To Measure A Shot Of Alcohol

When making drinks for a party you either eyeball it, use a shot glass that you bought from a vacation, or use a jigger. Now only one of these is going to be the most accurate and that is the use of the jigger.

Eyeballing it is a definite no unless you have had tons of experience making drinks and that shot glass you bought from Mexico well who knows what size that is?

The jigger is the only way to do it and it makes you look a little more professional. The jigger has two measuring sides. One is 1 shot which equals 1.5 ounces and the other side is for 0.5 ounces. Depending on the drink you make you may be using both sides to accurately prepare your cocktail for maximum enjoyment by your guests.

How Many Shots Are In A Fifth – Wrap Up!

We here at Man Cave Experts would again like to apologize for all the math but we hope that you can get a better feel for how to estimate how many fifths or 750 milliliters of alcohol you need for that party.

Drink on and drink safe!