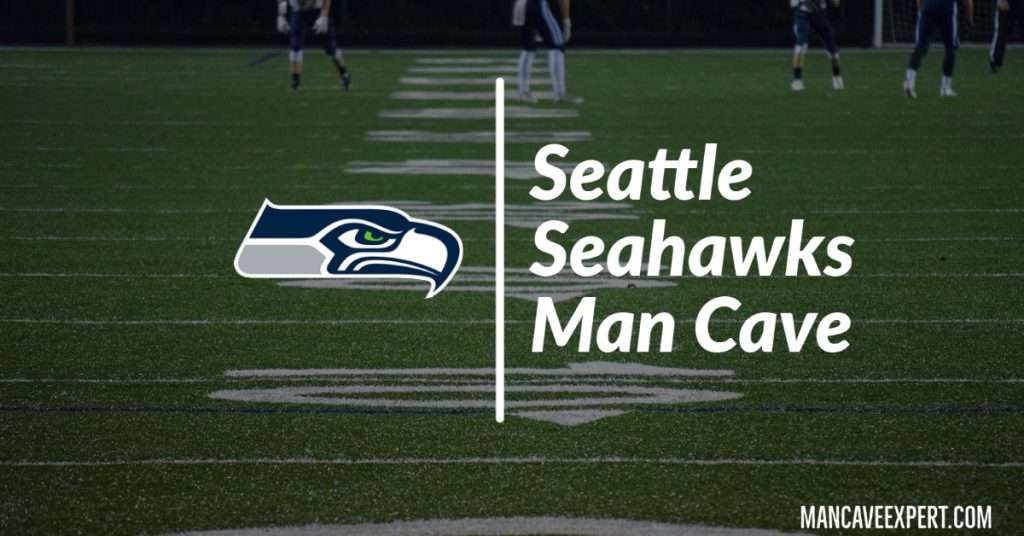 Looking to turn your man cave into a tribute to the Hawks? You can be a 12th man right at home. We have found the 9 must-have items every Seattle Seahawks man cave needs! 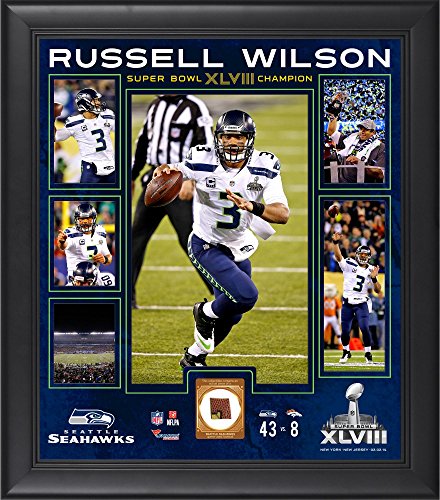 Commemorate the Seattle Seahawks Super Bowl XLVIII win and star quarterback Russell Wilson with this framed collage. The collage measures 15” x 17” and features an image of Wilson alongside the team logo and a piece of football from the game. Russell has been the starting quarterback for the Seahawks since he was the team’s third-round pick in 2012. 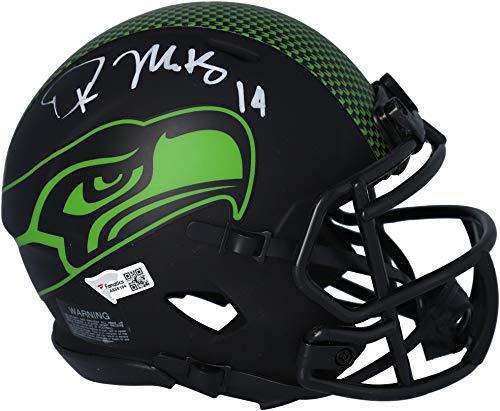 This Seattle Seahawks black eclipse mini helmet is signed by DK Metcalf and is the perfect addition to any Seahawks man cave. The wide receiver was the team’s second-round pick in 2019 and continues to impress on and off the field with his strength and speed. A certificate of authenticity is provided by Fanatics Authentic.

Learn how to display mini football helmets in your man cave. 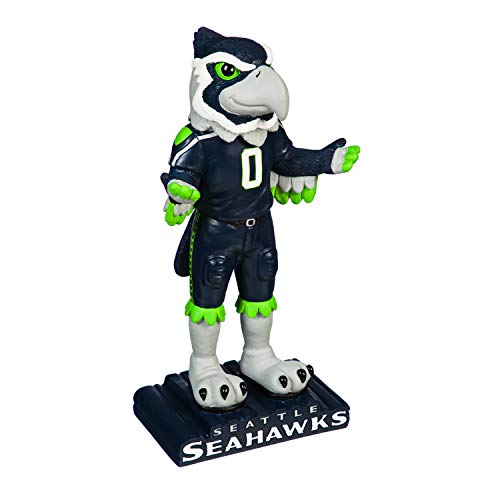 Show some love to the team’s mascot, Blitz, with this 12” statue. Featuring bold team colors, the statue is an exact replica of the team’s beloved mascot. 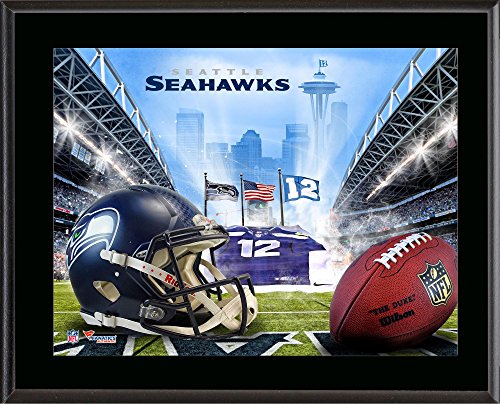 Commemorate the Seattle Seahawks 12th man with this collectible plaque. Measuring 10.5” x 13”, the plaque features cool artwork of the team. Back in 1984, the Seahawks retired the number 12 jersey to honor the team’s fans, marking the first NFL team to do such a thing. 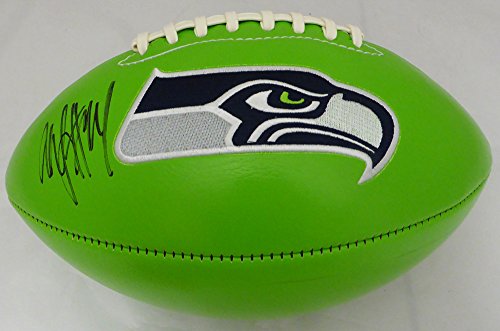 This neon green Seattle Seahawks football was hand-signed by Marshawn Lynch. The running back played for the team from 2010 to 2015 and again in 2019, earning himself a Super Bowl ring in 2014. A certificate of authenticity is provided by Athlete Hologram.

Learn how to display a football in your man cave. 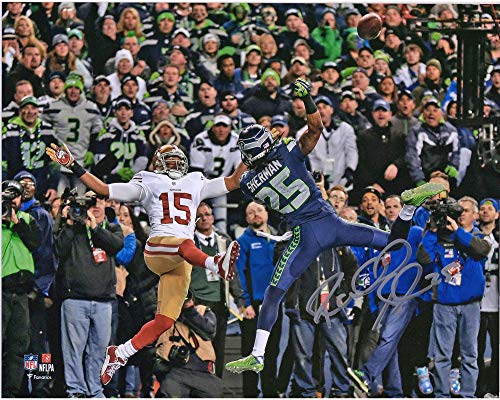 This incredible photo of Richard Sherman is from the NFC Championship in 2014 where they beat the San Francisco 49ers 23 to 17. The team went on to win the Super Bowl. Measuring 8” x 10”, the photo is signed by the cornerback who was the team’s fifth-round pick in 2011 and suited up for the Seahawks until 2017. A certificate of authenticity is provided by Fanatics Authentic. 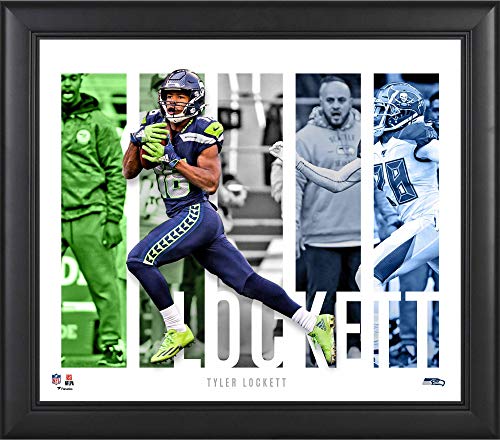 The framed collage features a cool player panel of Tyler Lockett. Framed in black wood, the collectible measures 15” x 17”. The wide receiver has been with the Hawks since 2015 when he was the team’s third-round pick. 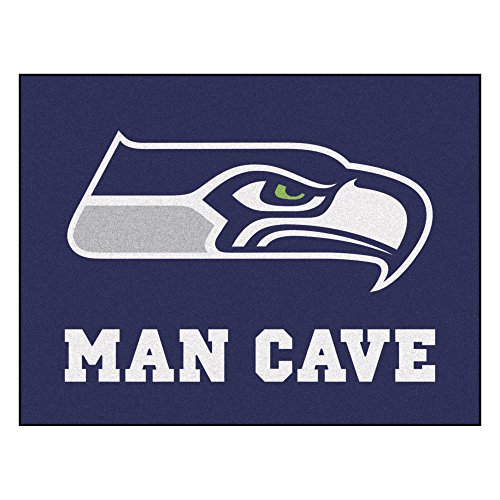 Decorate your man cave with this Seattle Seahawks area rug. Measuring 34” x 45”, the rug is made of 100 percent nylon carpet and comes with a non-skid vinyl backing. Plus, it is machine washable in case you get a little rowdy during the games. 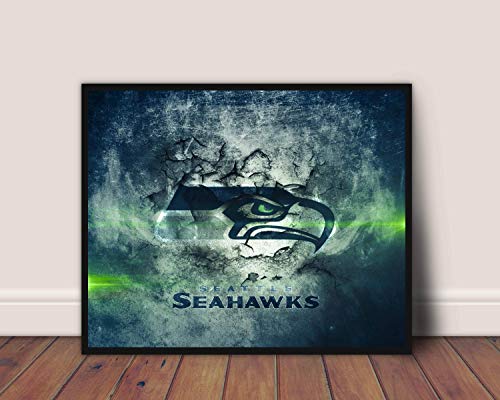 Celebrate the Hawks Super Bowl win and the players who made it possible while also showing your blue and green spirit with these awesome items for your man cave!