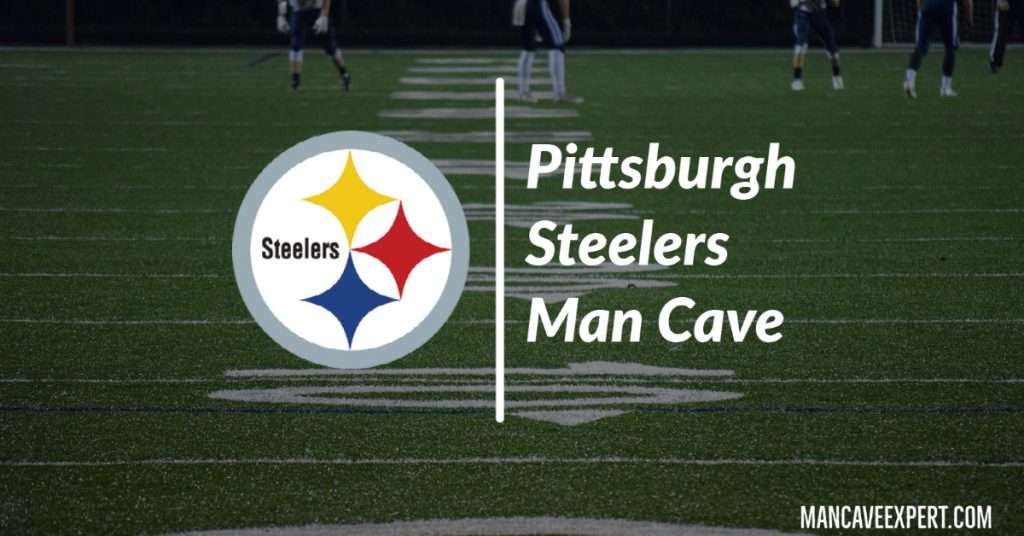 Ruling the AFC North for the past several decades, the Pittsburgh Steelers have some of the best memorabilia in the NFL. Winning six Super Bowls, there are plenty of items to celebrate your favorite team. Here are 12 items that would fit in perfectly in any Pittsburgh Steelers man cave. 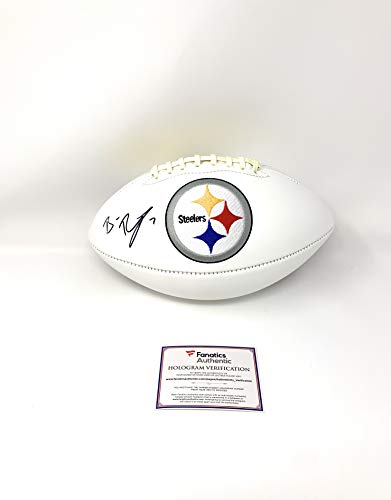 The football is embroidered with the Steelers logo and features the autograph of quarterback Ben Roethlisberger. Drafted by the Steelers in the first round of the 2004 draft, Big Ben has been with the team for years and continues to lead the team to winning seasons. The signature comes with a certificate of authenticity from Fanatics Authentic. 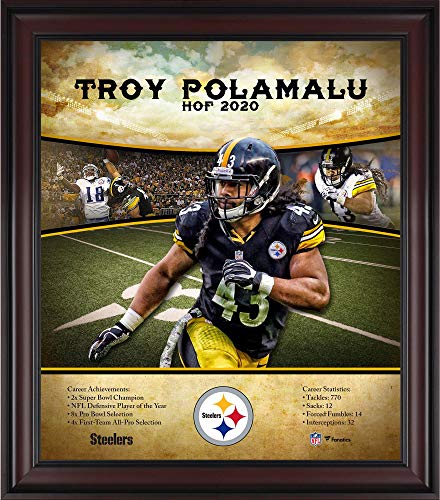 Legendary Pittsburgh Steelers safety Troy Polamalu is featured in this framed collage. Polamalu was the team’s 16th overall draft pick in 2003 and was on the team from 2003 to 2014. The 15” x 17” collage features photos and career stats from the legend. 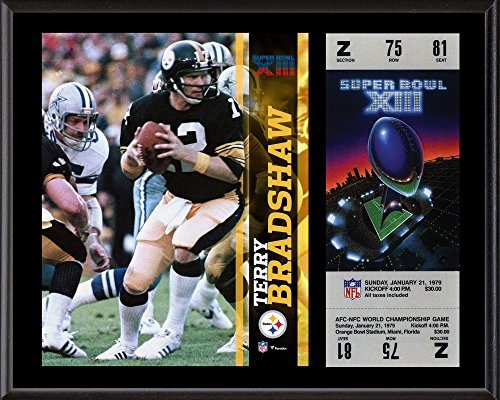 Quarterback Terry Bradshaw was the Pittsburgh Steelers number one overall pick in the 1970 draft. As their star quarterback from 1970 to 1983, Bradshaw led the team to victory in Super Bowl XIII over the Dallas Cowboys. This 12” x 15” plaque features a photo of Bradshaw and a replica Super Bowl ticket. 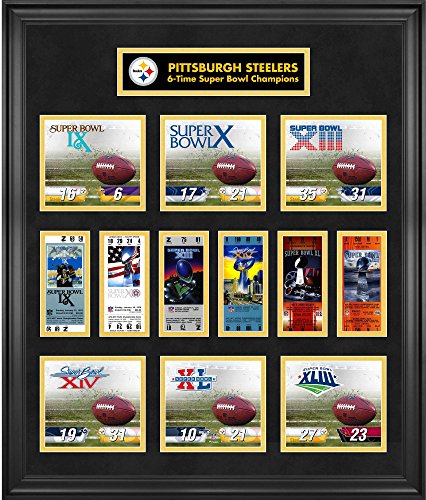 A Pittsburgh Steelers man cave is only complete with a sign. This wood sign shows off your team spirit and is easy to hang with an attached rope. Measuring 6” x 12”, the sign includes the official Steelers logo. 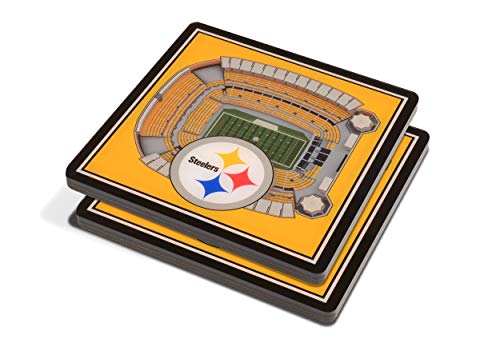 Keep ugly can and bottle marks off your coffee table while adding some more Steelers gear to your man cave. The set of coasters features a 3D replica of the Pittsburgh Steelers home field Heinz Field. 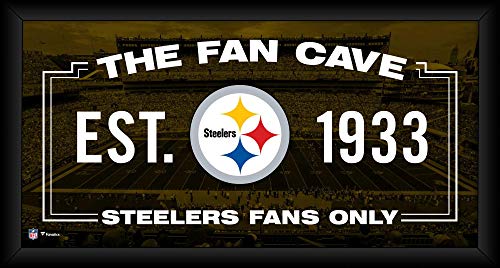 This man cave plaque features the view of Heinz Field in the background along with images of the team and the official team logo. The black wood framed collectible measures 10” x 20” and is a must-have for every Steelers fan who wants to mark their territory. 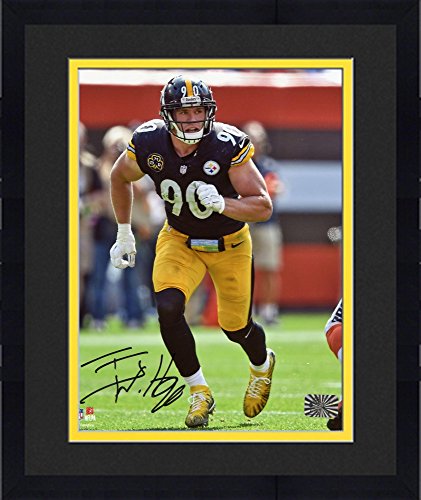 Linebacker T.J. Watt is featured in this framed photo. Also signed by the football star, who was the team’s first-round pick in the 2017 draft, the photo is framed in a sleek black frame and measures 8” x 10”. The signature comes with a certificate of authenticity from Fanatics Authentic. 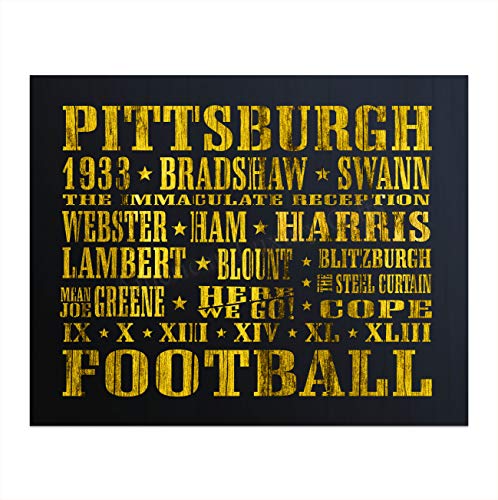 This wall art is a cool way to show off the Steelers’ history. Featuring the team’s many slogans, names of Steelers legends, and listing all of their Super Bowl wins, this 10” x 8” art is ready to frame and be hung in any Pittsburgh Steelers man cave. 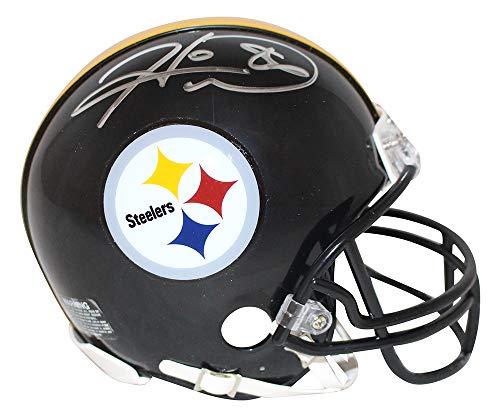 Signed by star wide receiver, Hines Ward, this mini classic black helmet is perfect to put on display. The 2x Super Bowl Champ played for the Steelers from 1998 to 2011 and was the team’s third-round draft pick in 1998. The signature comes with a certificate of authenticity from Beckett Authentication Services. 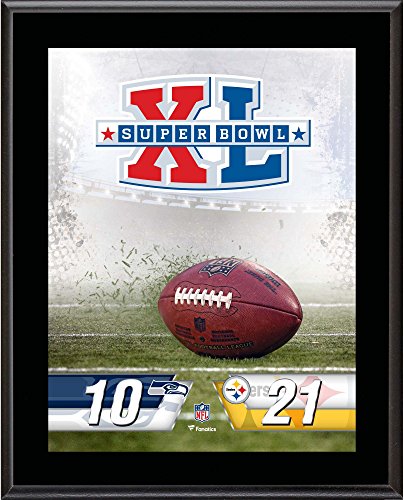 This framed collage celebrates the Steelers’ victory over the Seattle Seahawks in Super Bowl XL. As the team’s fifth Super Bowl win, the collage features the score, logos of the teams, and the official Super Bowl logo. The sleek plaque measures 10.5” x 13”. 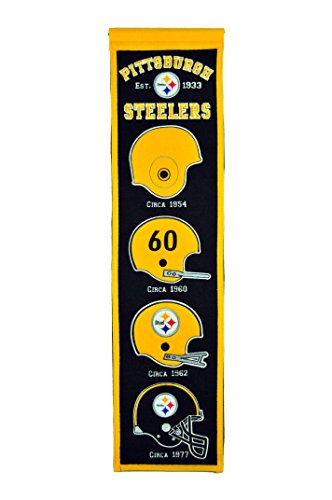 Show the history of the Steelers with this heritage banner. The banner chronicles the evolution of the team’s logos throughout the year. Measuring 8” x 32”, the heavy wool fabric banner can easily be hung with its nylon cord.

If you are looking for a banner to show your love for the Steelers or framed photos of legends who have suited up for the team, these are the must have items to add to your black and yellow man cave.