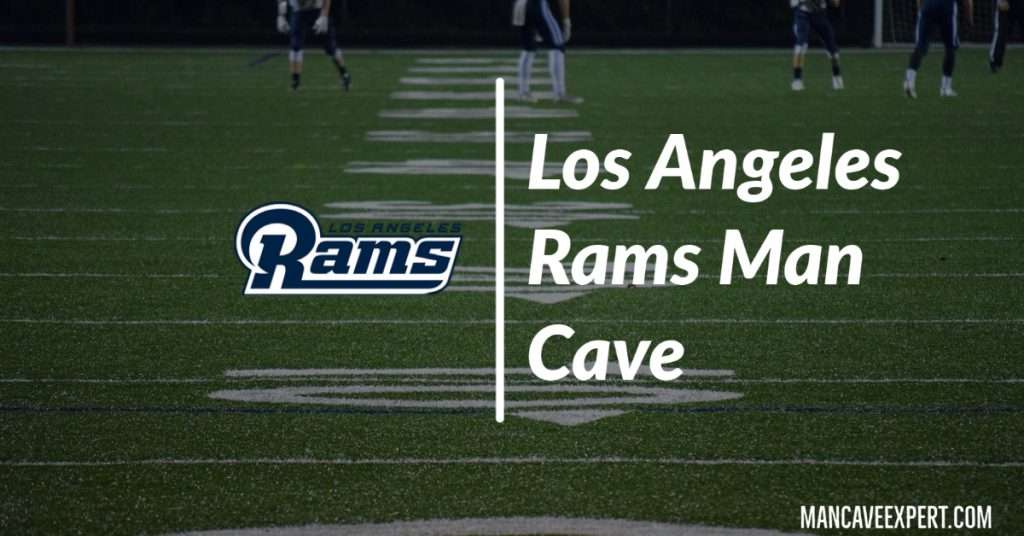 The Los Angeles Rams have experienced major changes in the last decade, from changing cities to getting a new stadium and being involved in a monster quarterback trade. Show your team spirit with these 10 must-have items for your Los Angeles Rams man cave! 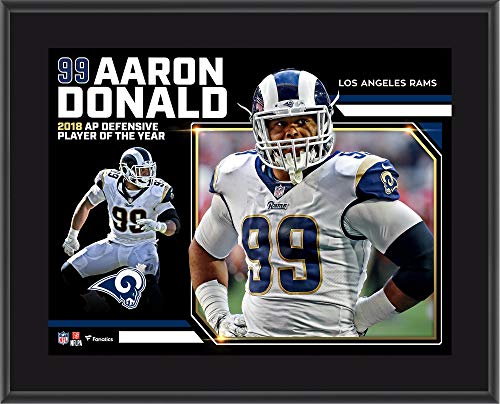 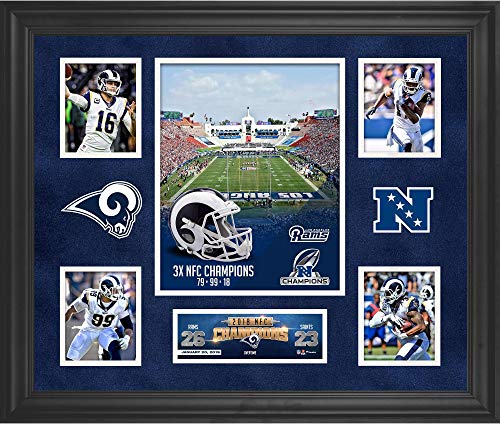 Commemorate the Los Angeles Rams 2018 NFC Championship with this collage that measures 20” x 24”. The Rams defeated the Saints 26-23 and the collage features photos of key players like Aaron Donald and quarterback Jared Goff. 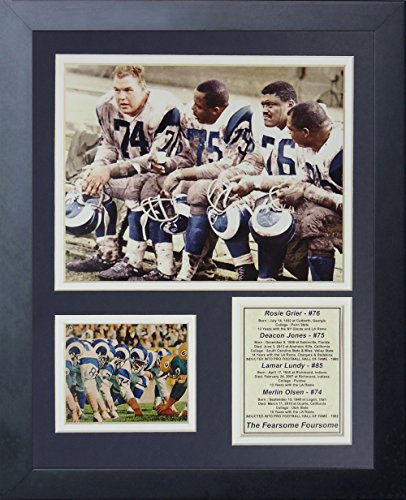 Honor the Ram’s Fearsome Foursome with this 11” x 14” collage. Featuring photos of the dominating defensive line from the 1960s and 1970s, the plaque includes photos and a bio of legendary players Merlin Olson, Lamar Lundy, Deacon Jones, and Rosie Grier 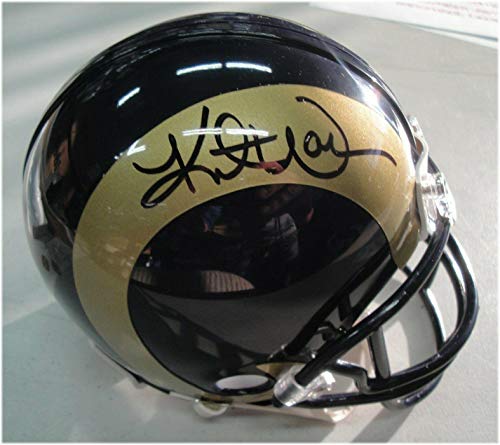 This mini St. Louis Rams mini helmet is autographed by 2x MVP quarterback Kurt Warner. Warner was with the team from 1998 to 2003, earning a Super Bowl Championship and a Super Bowl MVP. A certificate of authenticity is provided by Fanatics Authentic.

Learn how to display football helmets in your man cave. 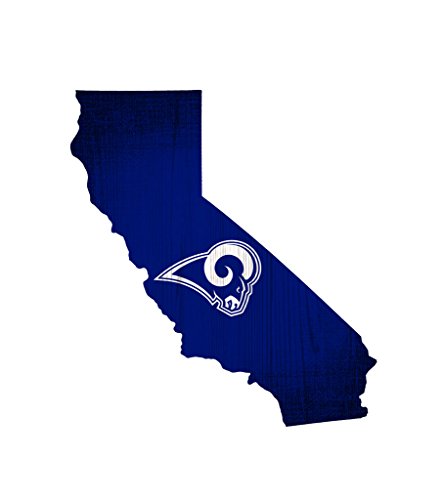 Add some team spirit with this 12” wooden sign that is shaped like that state of California. Featuring the Ram’s logo right in the middle and the team’s colors, it is a great addition to any Ram’s man cave. 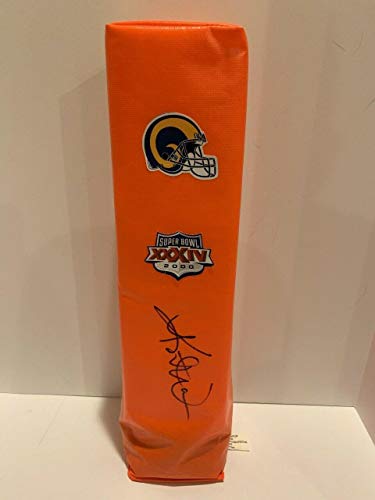 Have a piece of the Ram’s Super Bowl XXXIV win with this touchdown pylon from the game. Signed by the game’s MVP, Kurt Warner, the pylon was actually used in the Super Bowl where the Rams defeated the Titans 23-16. A certificate of authenticity is provided by Fanatics Authentic. 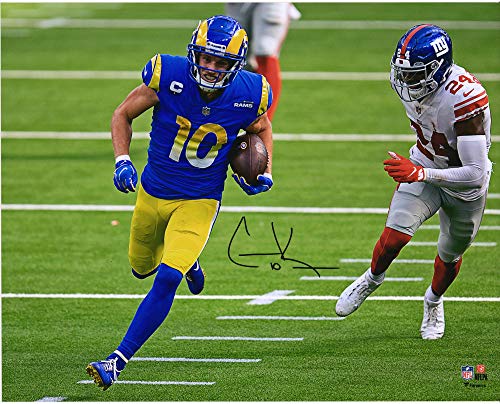 This photograph of Cooper Kupp was personally hand-signed by the wide receiver and measures 16” x 20”. Cupp was drafted by the Rams in the third round of the 2017 draft. A certificate of authenticity is provided by Fanatics Authentic. 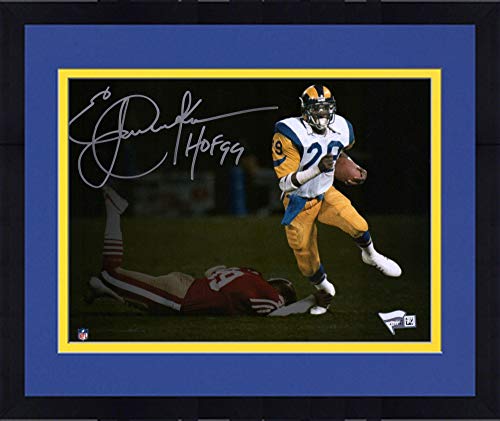 Honor NFL Hall of Famer Eric Dickerson with this framed autographed photo, measuring 8” x 10”. Dickerson was the second overall draft pick by the Rams in 1983 and played with the team until 1987. The running back earned the NFL Offensive Rookie of the Year award in 1983 and the NFL Offensive Player of the Year award in 1986. The team went on to retire his number #29 and Dickerson was elected to the Pro Football Hall of Fame in 1999. A certificate of authenticity is provided by Fanatics Authentic. 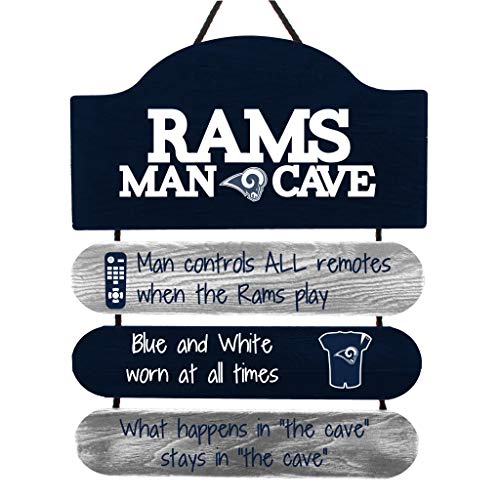 Featuring the Ram’s colors and logo, mark your territory with this hanging signing. Measuring 14.5” x 11.5”, no one will question your love for the Rams with this wooden sign. 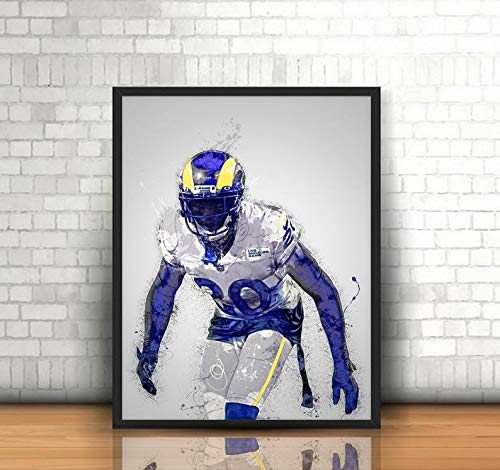 This mounted canvas comes in many different sizes and options including a wooden frame or a black frame and features cornerback Jalen Ramsey. Ramsey has been with the Rams since 2019.

From celebrating the St. Louis Rams to the now Los Angeles Rams, there are signs and autographed memorabilia that will fit perfectly in your Rams man cave.