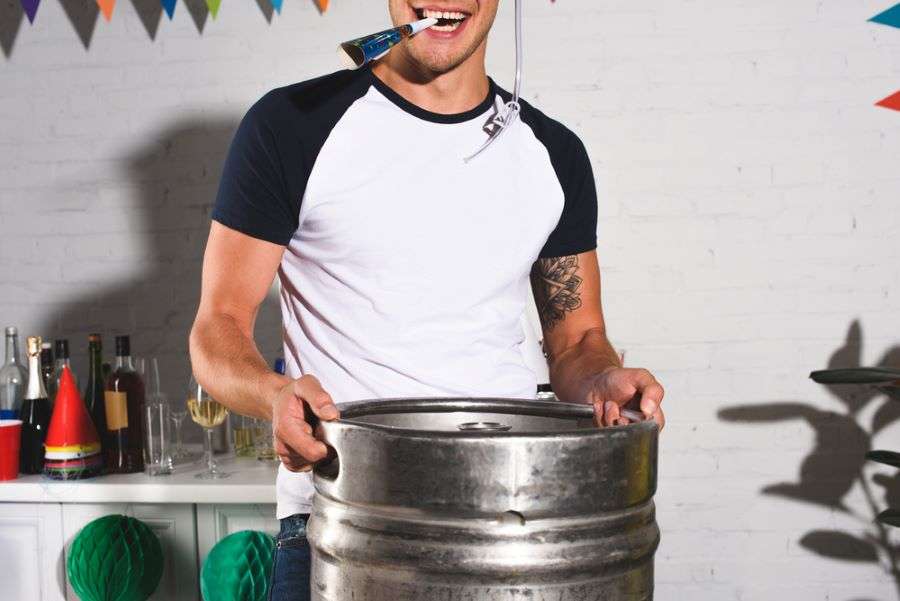 Can You Put Keg in Freezer?

There’s nothing like an ice-cold, old-fashioned keg to liven up a party, and is the perfect way to have a large amount of beer on hand for all of your guests. However, for those who are new to the beer world or are simply curious: can you put a keg in the freezer?

The answer to this is yes you can……But! Be sure to limit its time in there because it will eventually freeze!

In this article, I cover all the information that you need to know about whether it’s safe to freeze your keg, so you can make an informed decision about how to chill your keg for your next social event.

Keep reading to find out more.

Will a keg freeze overnight?

Whether a keg will freeze overnight can depend on the beer itself. Beers have to be kept at specific temperatures, especially when it comes to ales. Generally speaking, a keg should not be frozen if you want to ensure that it retains its delicious taste.

Your standard beer tends to freeze at around 28°Fahrenheit, with a range of a few degrees. The average freezer temperature is 0°Fahrenheit. Therefore, a freezer is much too cold to leave a keg in overnight. 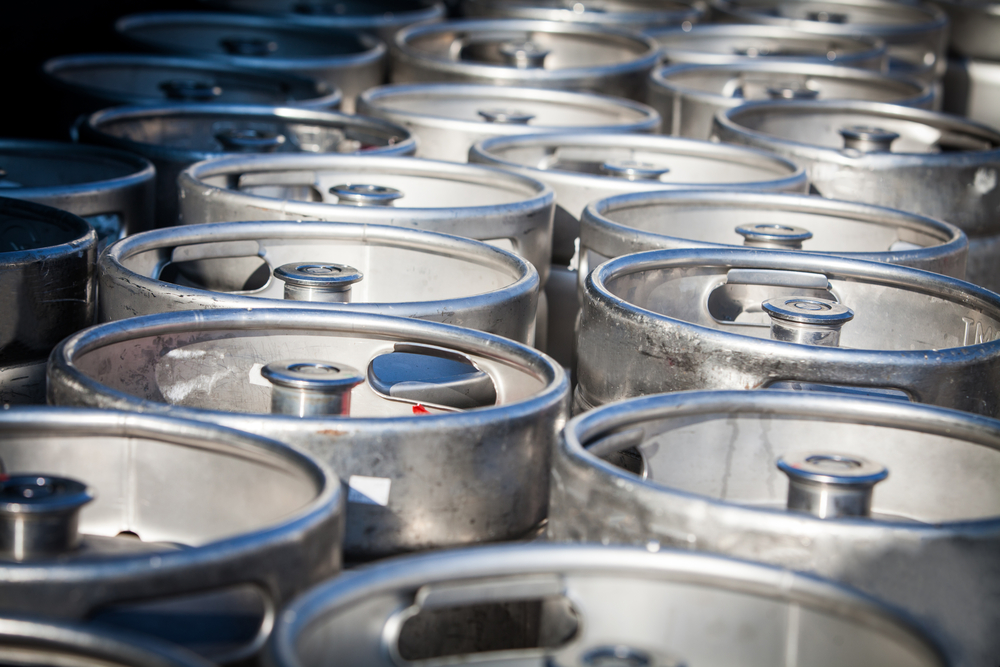 However, this doesn’t mean that you can’t leave it outside while the outdoor temperature drops below 20°F. There are roughly 2000 ounces of beer in a keg and it will take some time to cool that amount of liquid down.

Depending on the temperature outside and the season, it could take days to fully freeze a keg of beer. It can, however, take far less time for it to partially freeze, meaning that your keg could potentially freeze overnight. If you know you live in an area that is prone to cold temperatures at night, it probably isn’t wise to leave your keg outside overnight.

That being said, where you leave your keg to chill is up to you. However, as I go into below, if the keg does freeze it can have adverse effects on the taste of the beer itself and you could end up wasting time and money if you have to leave your party to buy another one!

According to the home brewers association, the correct serving temperature for beer is 33 degrees to 55 degrees depending on the style of brew you have. So there is a small window in which you beer is happy.

If you do need a quick cool down for your keg then pop it in to the freezer perhaps for a couple of hours. That is if you can fit it in your freezer!

What happens if beer freezes in a keg?

The answer to this question entirely depends. When a keg freezes, it can completely ruin the taste of the beer inside it. The taste can be affected by a number of different factors. For instance, freezing and leaving a keg to thaw can give the beer a somewhat metallic taste. 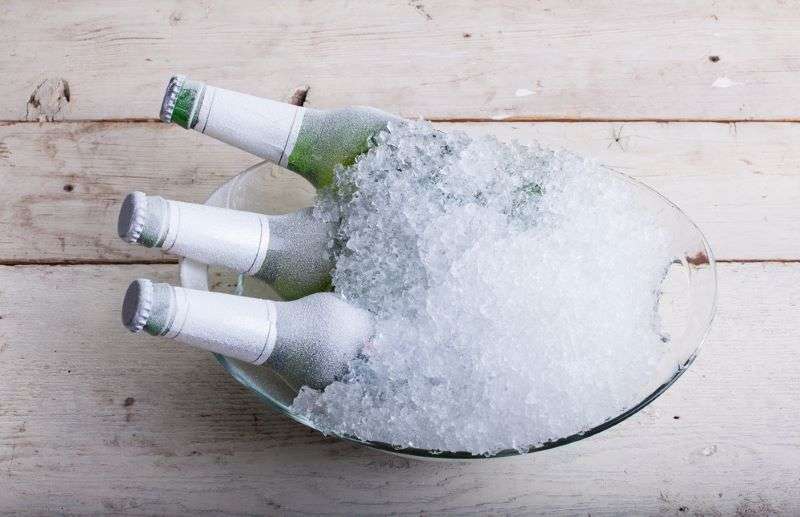 On the other hand, others have reported that it becomes sour and completely upsets the balance of flavors that you’d expect. Instead of a refreshing beverage that your guests will keep coming back for, then, a frozen keg could turn them off beer altogether.

The last thing you want to do when hosting a party is to run the risk of ruining your keg when you’ve got a house full of guests looking forward to it!

However, although this is a possibility it doesn’t always occur and it seems to largely depend on the type of beer that is frozen. However, the taste of the beer being ruined after thawing happens often enough that I can recommend you avoid letting it happen.

Any major temperature change can dramatically impact the taste of your beer. For that reason, I cannot recommend allowing the keg to dip below its freezing point or even getting close to it!

Although many people believe that a keg will explode if it freezes, it can actually happen and there are reports that it has happend.

Signs that your keg has gone bad?

As a keg of beer degrades, it starts to exhibit a few different characteristics that you should be mindful of if your keg has been frozen.

If your beer is displaying any of these characteristics, you may want to drink with caution. Although not every frozen keg results in bad beer, more often than not it can ruin the drink. If you’re hosting a party, then, you might want to take a sip first before you’re handing it out to all of your guests!

Even if your beer doesn’t freeze serving it colder than it should be, can affect its flavor.

Keg In The Freezer – Summary

No, you generally shouldn’t put a keg in the freezer. Doing so could severely impact the taste of your beer and you could end up needing to buy a whole new one if the taste of the beer goes sour!

For the best beer, refrigerated storage is best, preferably in a dark location. Alternatively, you could cool it by leaving it outside. That being said, make sure that your beer is not at risk of freezing, and if it’s particularly cold outside, avoid leaving it overnight.

The best solution to maintaining the proper keg temperature is to store it in a kegerator. We provide some research on some of the best kegerators for your man cave here.

Check out the video below for proper beer keg storage to satisfy any questions!

Check out this link to whirlpools blog on what is the best temperature for a freezer.