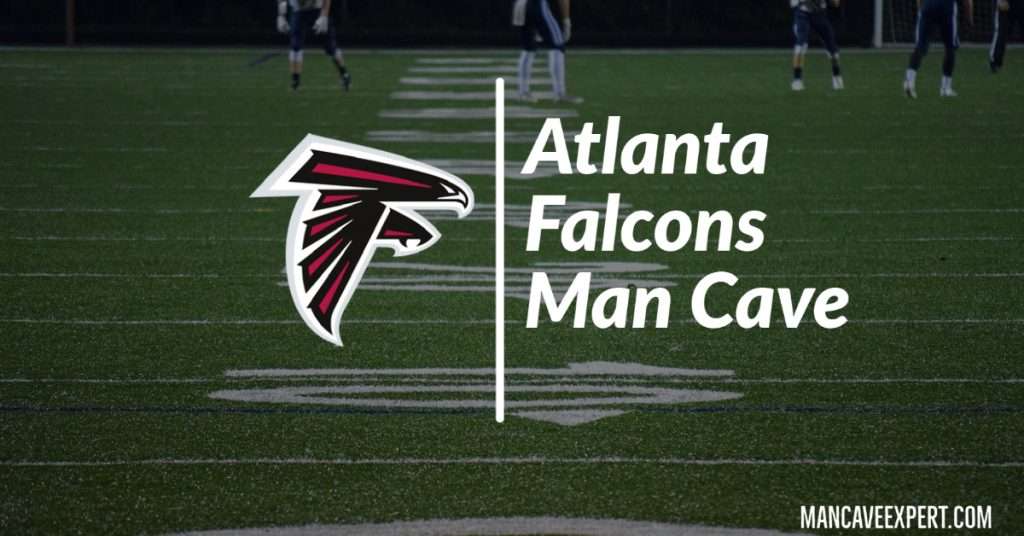 The Atlanta Falcons have made two Super Bowl appearances and even though they may have not brought the Lombardi trophy home yet, there are plenty of fans to support the Dirty Birds. Here are the 10 items every Atlanta Falcons man cave needs. 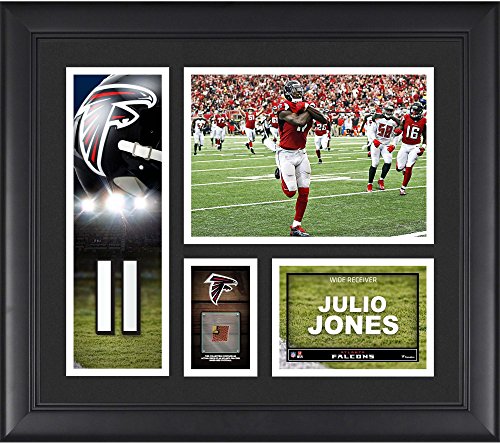 This collectible collage features a photo of wide receiver Julio Jones along with the Falcons team logo and a piece of game-used football. Framed in black wood, the collage measures 15” x 16”. Jones has been on the Atlanta Falcons since 2011 when the team chose him as the sixth overall pick in the 2011 draft. 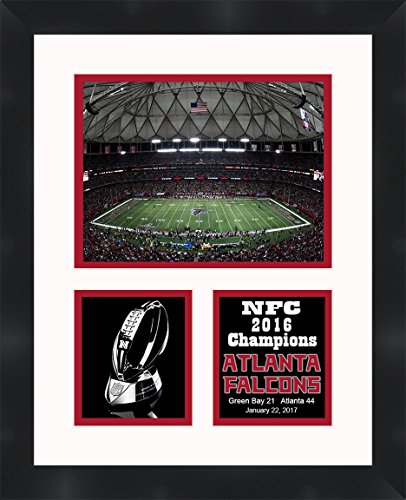 Celebrate the team’s 2016 NFC Championship with this 11” x 14” framed collage. Featuring photos of the Atlanta Falcons stadium, Mercedes-Benz Stadium, and of the George Halas trophy, the collage also comes with a short bio and the score of the game.

Show your Falcon’s love with his simple sign that has a big statement. This Atlanta Falcons Home Sweet Home wooden sign measures 6” x 12” and features the Falcons logo. 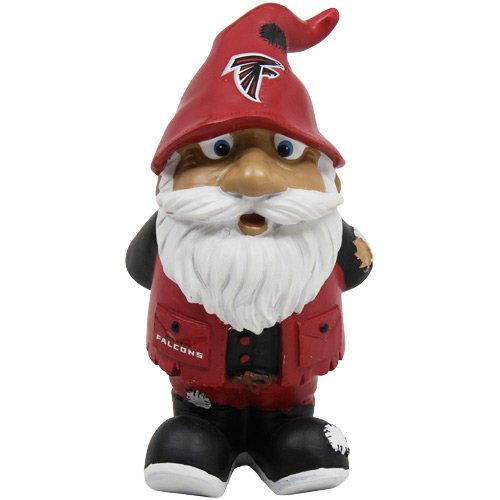 Another great way to show you love for the Dirty Birds is with this team gnome. The gnome is decked out in Atlanta Falcons colors and the team logo, measuring 10.5” tall. 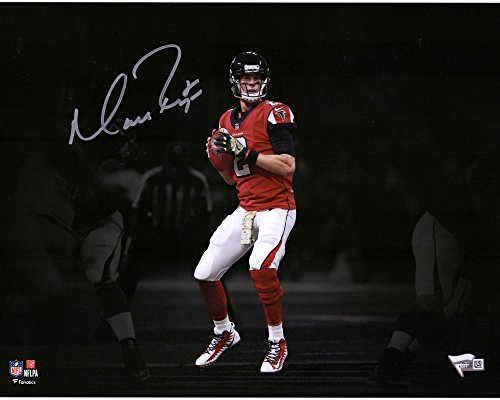 This hand-signed Matt Ryan photo measures 11” x 14” and goes perfectly in any Falcon’s man cave. The Atlanta Falcons quarterback was the third overall pick in the 2008 draft and went on to win Offensive Rookie of the Year. Ryan also won the NFL Offensive Player of the Year and NFL MVP in 2016. A certificate of authenticity is provided by Fanatics Authentic. 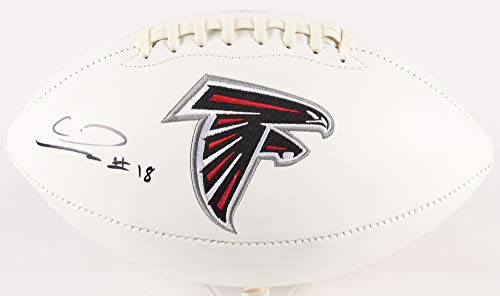 Autographed by wide receiver Calvin Ridley, this Falcons football includes an embroidered team logo. Celebrate the team’s wide receiver, who was their first-round pick in the 2018 draft, with this cool Atlanta Falcons football that would great in a display case in your man cave. The signature comes with a certificate of authenticity from JSA Authentication. 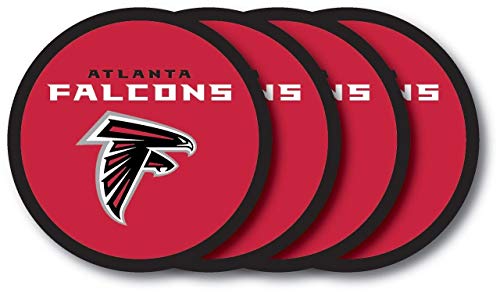 Protect your man cave furniture with these Atlanta Falcons coasters. The pack includes four heavy-duty vinyl coasters featuring the team’s colors and logos. Since they include a non-slip surface, they are an easy way to prevent those beverage stains while still showing your team spirit. 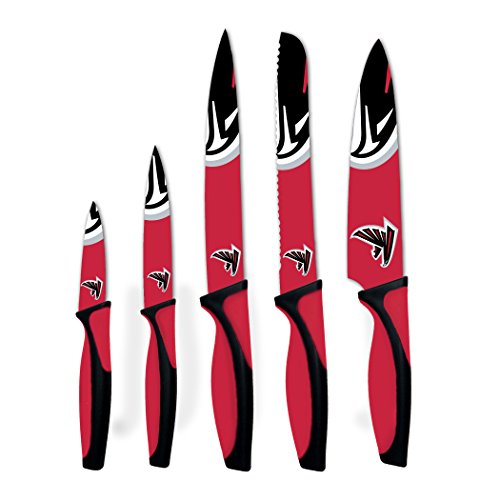 If you have an area to do some cooking in your man cave, then these Atlanta Falcons knives are a great addition. Featuring five different knives including a paring knife, utility knife, carving knife, bread knife, and chef’s knife, they all feature the Atlanta Falcons logo and team colors. 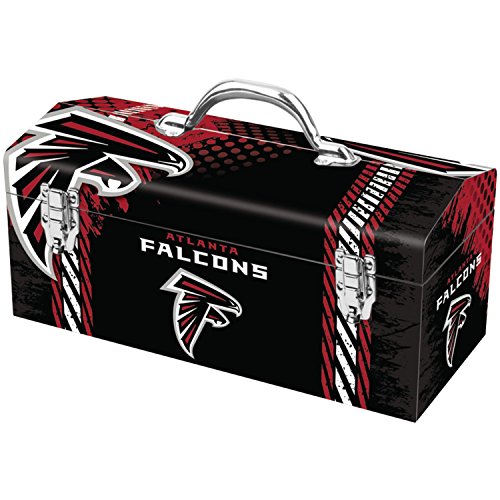 Every man cave needs a toolbox on hand, so why not an Atlanta Falcons toolbox! Measuring 16” x 7.5”, the heavy-duty toolbox is extra durable and made of steel. Featuring dual latches and an inner tool tray, the toolbox is decorated with vibrant Atlanta Falcons colors and the team logo. 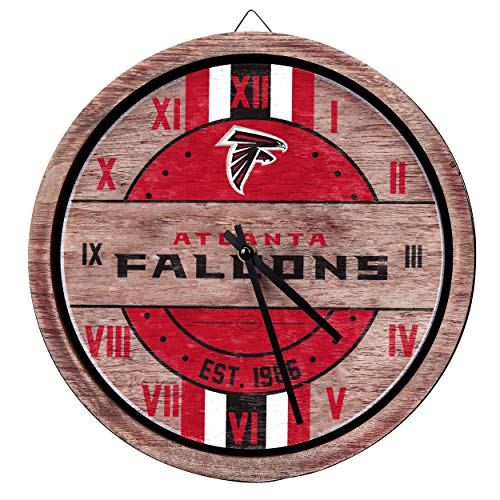 Help keep track of time in your man cave with this Atlanta Falcons barrel wall clock. Measuring 11.9″L x 1.5″W x 11.9″H, the clock features a hand-painted team logo. Made of 100 percent wood, it is easy to wipe clean and requires an AA battery. Never miss kick off!

From celebrating the NFC Championship win in 2016 to honoring your favorite players who have suited up for the team, turn any man cave into your own Atlanta Falcons shrine.